Cameron Robertson is a journalist currently based in Copenhagen, Denmark. As a writer-journalist, he has contributed to most UK daily national newspapers and The Wall St Journal in the US. He was a staff reporter for the Daily Mirror, a freelance reporter for the Manchester Evening News, and was chief reporter of The Stage newspaper. 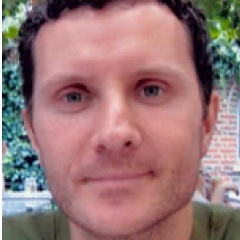 Cameron has a BA in Journalism and an MA in Documentary. He was twice-nominated for the Allen Wright Award for Outstanding Arts Journalism at the Edinburgh Festival in 2000 and 2001.

He is a founder member of the video department of The Guardian and has also contributed video to the BBC, The New York Times, The Washington Post, Huff Post, NowThis, The Daily Telegraph and The Wall St Journal. As a video journalist, he films, edits and produces – with or without presenter. 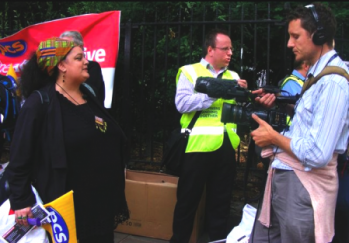 He was nominated for Best Video Journalism at the 2013 Online Media Awards. TV programmes including Comedy Central’s The Daily Show with Jon Stewart (US) and BBC’s Newsnight (UK) have broadcast his videos.

He has also taught masterclasses in Video Journalism and Digital Storytelling on behalf of the Guardian.

Get in touch on Twitter via @camrobertson5, or email via the Contact page. The views on this website are in no way the opinions of any of his employers, past or present.